Can Al Boum Photo Still Pull Off a Historic Treble? 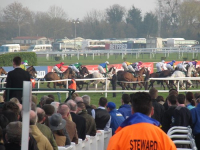 The 2021 edition of the Cheltenham Festival was as highly anticipated as ever. The crowds may have been absent but the action on the course was just as thrilling across all four days.

The Cheltenham Gold Cup was the highlight as always and there was extra interest in the main event. Winner in 2019 and 2020, Al Boum Photo was aiming to be the first horse since Best Mate in 2004 to win this race three times in succession.

It didn’t quite work out for the Willie Mullins trained horse who trailed in third, despite starting as the 9/4 favourite. Undeterred, Al Boum Photo is set to go again in 2022 but will this be a Gold Cup too far for a ten-year-old veteran?

The Cheltenham Gold Cup is several weeks away but there is an active ante post betting market in place. At the top of the list is A Plus Tard at 4/1 followed by the 2021 winner Minella Indo at 6/1.

Chantry House is next at 12/1 while Al Boum Photo is one of five horses, along with Champ, Allaho, Galvin and Protektorat who can be claimed at 20/1 at this early stage. Those figures are supplied via sportsbooks linked to sbo.net and there is plenty of time for them to change.

The bookies will react to race results and possible withdrawals and https://www.sbo.net/ will reflect any updates to those markets. Site visitors can keep up with Gold Cup news articles and there will be opportunities to get involved with the markets for those who wish to take things further.

Every member of the panel of recommended sportsbooks is happy to take on new customers and many have generous welcome packages in return for registration. A choice of deposit methods can get the account ready and there may be ongoing offers moving forward.

Live streaming and a range of other sporting markets are also on the table. It’s a useful site for Cheltenham Gold Cup betting but can Al Boum Photo do it or should we be looking elsewhere?

So what has Al Boum Photo been up to since coming in third on the Cheltenham Friday of 2021? The horse has had just one more outing in the year and that came in April when he came second behind Clan Des Obeaux in the Ladbrokes Gold Cup at Punchestown.

Willie Mullins has enough experience to know how to handle the horse and a period of rest was clearly required. However, as the https://www.visitcheltenham.com/ starts to approach, there are plans afoot for Al Boum Photo to head to the track once again.

Reports indicate that Mullins is considering whether to enter the horse at Tramore on New Year’s Day. There is no definite news as yet but the trainer has been quoted as saying that the prospect is ‘very tempting’. Clearly he will need some action before Cheltenham in March and a low key outing at https://tramoreraces.ie/ or elsewhere in Ireland could be a wise option at this stage.

A Look at the Trends

If Al Boum Photo does make the cut for the 2022 edition of the Cheltenham Gold Cup, he will go off as a 10-year-old. The last horse aged ten or above to win the race was Cool Dawn in 1998 with Cool Ground triumphing at the same advanced age in 1992.

The trends aren’t necessarily with Al Boum Photo but this is no ordinary horse. Any mount that can win two Cheltenham Gold Cups shouldn’t be written off even if the odds are stacked against them.

However, it may also be fair to suggest that there will be something of an emotional element to the betting markets. He’s an outside bet but he’s been there before and that will be enough for many casual punters to get behind this horse.

Of course, the festival is the type of event that can attract that occasional bettor and the markets can be influenced. Time will tell and we will get a better idea of Al Boum Photo’s Gold Cup credentials when the horse makes a return to racing on New Year’s Day.

This site is intended for over-18s only. Want gambling help, advice or support? www.BeGambleAware.org.

After a titanic three-way battle for supremacy, Racing Post’s Ratings emerged as top dog in April’s Napchecker race with an impressive ... Read More

On the surface, Glendale’s victory in the March Napchecker race was no big surprise. After all, the Scotsman’s pundit had led the way f... Read More